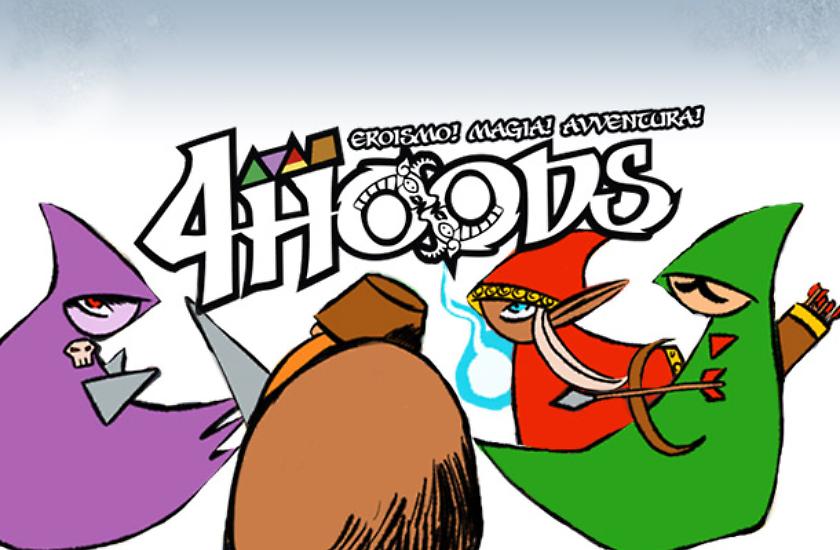 At the last edition of Lucca Comics, three new initiatives in our "Young" collection - Dragonero Adventures, Creepy Past, and 4Hoods - made their debut. In the next two months, the adventures of a young Ian Aranill and his friends will reach the fifth and sixth issues. You already had the chance to taste a mysterious Creepy Past "episode zero" but, we can reveal this in advance, CP will be one of the main features in our next Journal of Sergio Bonelli. This time, though, the spotlight is on the debut at your newsstands of the first episode of 4Hoods! Four young heroes, born out of Roberto Recchioni's mind, live in a fantasy world, where risk and Adventure are right behind the corner. Their names? Verde, Rosso, Viola, and Barba! An archer, an Elf sorceress, a mysterious thief, and a mighty Barbarian who have been plunged by their creators (Federico Rossi Edrighi wrote the stories, visualized by a group of courageous artists led by Riccardo Torti) into a fantasy atmosphere. A story that originates from myriad RPG games played only with paper, pencil, dice, and a good dose of imagination! It will be a series for young readers, with a conspiratorial wink to the adults who have lived (or are still living) the emotion of entrusting their and their companions' fates to a throw of the 20-sided die! Well, in games, just like in reading, age doesn't matter!

But the next two months will not only be under the sign of Fantasy. Almost right at the beginning of spring, it will be time for the second of Commissario Ricciardi's four seasons, "La condanna del sangue," the comic adaptation of the acclaimed second detective novel by Maurizio de Giovanni. Then, we'll have Dylan Dog Magazine, with a boatload of comics (two complete adventures) and dossiers about killer sharks, senior murders, and the great epidemics in history, either real and fictitious ones. Also, Speciale Zagor (n.30), Maxi Nathan Never (n.15) and Maxi Tex (n.22, and from now on it will come out every six months). Finally, we will have a very special team-up, starring our Spirit-with-the-Hatchet and the popstar Jovanotti - a great fan of the king of Darkwood -, who will be the heroes of a complimentary mini-album attached to the next Zenith 683 (Zagor Gigante 632). How can those two "characters" meet, you'll be wondering... Everything can happen, in the Kingdom of Adventure! 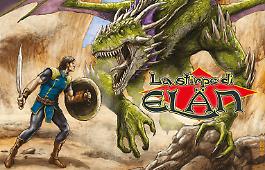 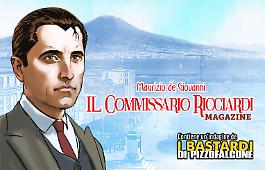 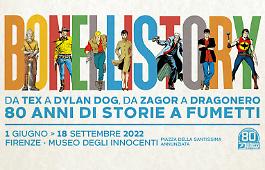